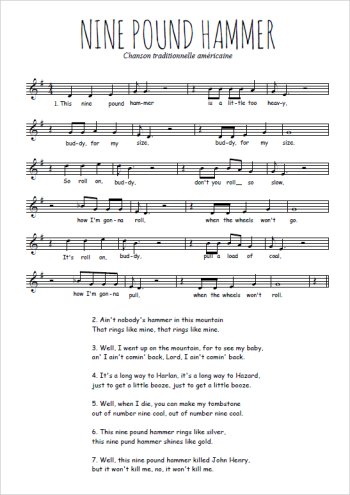 1. This nine pound hammer is a little too heavy, buddy,
For my size, buddy, for my size.

Down in the valley to pray

Give me that old time religion

Go tell it on the mountain