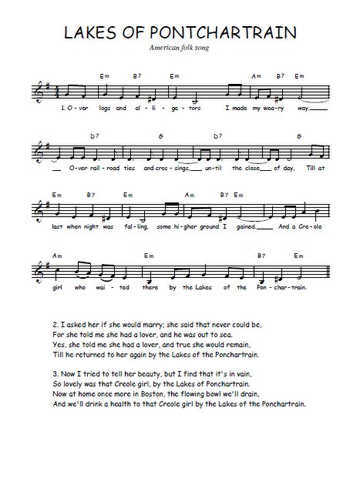 1. Over logs and alligators I made my weary way.
Over railroad ties and crossings, until the close of day,
Till at last when night was falling, some higher ground I gained.
And a Creole girl who waited there by the Lakes of the Ponchartrain.